Persuasion is Alice Victoria Winslow’s first writing feature, and we are positive that this brilliant writer has many more to come. That being said, even though she loves writing, her main passion is acting — so much so that she says that she can’t live without it. Cool America sat down with this talent, young woman to find out all about her acting, writing and a few personal details about her life.

Hi, Alice. Congrats on your first writing feature. Tell us about Persuasion.

Thank you! It’s a modern take on Jane Austen’s last novel that leans into the book’s humor while preserving the sweeping love story at its center.

Have you always wanted to write?

It’s always been something I’ve done to express myself. My favorite activity as a kid was sitting with my notebook writing stories. I wrote my first novel at 10. It was set in 1846 and was about the Oregon Trail. The main character’s name was Brittney, which was not meant to be a joke but makes me laugh now.

“My favorite activity as a kid was sitting with my notebook writing stories.”

Did you career begin as an actress because I see you have done quite a bit of acting?

Writing and acting have always worked in tandem for me. I studied writing at Brown, while also taking all the acting classes I could and performing in shows constantly. Then I got my masters in acting at Guildhall. I occasionally wrote material for myself there. I’m probably at my best when I’m exercising both these muscles at once.

Do you have a preference in terms of writing and acting?

Acting is the thing I can’t live without. I know myself well enough to say I will never be happy in a life where I’m not performing. I’m not interested in living that life. Writing is something that has always come fairly easily to me and it will probably always be a tool I use to engage with the world and my experience. But it feels less vital to me on a personal level. 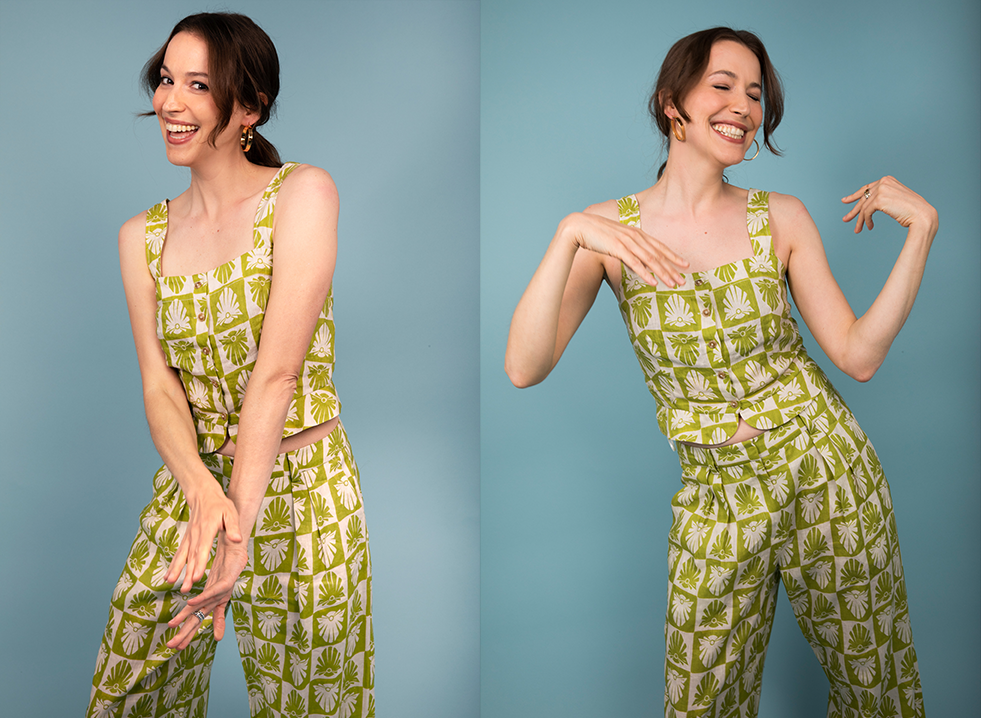 Do you write every day? How do you stay on top of your writing?

It’s only recently that my livelihood has become dependent on my creative output, which has been an interesting shift. But I’ve gotten into a pretty good routine with myself. I get up and write most days, yes. I try to keep a 9-5ish schedule even though I’m freelance and could technically go to the beach most days instead without anyone knowing.

Do you write some type of treatment before beginning your script, or do just start writing on script?

I always outline before I jump into a script. But if there is some element that feels really clear and exciting to me—an image or a character or a conversation— I will sometimes spend time fleshing that out, even if I don’t have an outline yet. Exploring those seeds of inspiration can help me figure out where the rest of a story is.

How would you describe your writing style?

Oh man, if someone else could do that for me, I would LOVE to know what my writing style is. I tend toward the slightly absurd? Humor is really important to me. Hopefully always balanced with some grounded emotional honesty as well.

Now to the acting. How do you prepare for the characters that you play?

I find that every role asks for a slightly different preparation process and it’s important to stay open to what prep I’m drawn to intuitively. Certainly becoming extremely familiar with a text is always essential. I often find writing helpful in acting prep—journaling in character can help me get me inside. Then it’s all about feeling out what will best allow me to stay open and available. Sometimes that’s research, sometimes it’s making a collage, sometimes it’s rolling around on the floor.

“I’m really looking to focus on writing for myself moving forward.”

What gets you excited about a project?

I’m drawn to things that make me laugh, and projects with a fresh or interesting point of view.

You’ve written scripts that you’ve also acted in. Do you plan to continue this, or concentrate more on the writing?

That’s the plan! I’m really looking to focus on writing for myself moving forward.

Three actresses and three actors that you want to work with?

This is a recent favorite, but Worst Person in the World blew my mind. That is a near-perfect film in my opinion. The kind that makes me want to quit making things for fear I’ll never make anything that good.

What TV shows are you currently watching?

One of my all-time favorite TV shows is Flowers, the Will Sharpe series. That show does not get the attention it deserves—it’s absolutely genius. Also Pen15 changed my life. If I ever get to work with any of those people I’ll be able to die happy.

We are a celeb/fashion magazine. Do you have a go-to designer for special occasions, like a TV premier or something?

I cannot wait for the day I have more go-to designers on my list. I love Rachel Comey and have been into Ganni recently as well. I’m increasingly looking to support designers/brands who focus on sustainability.

Our magazine is called Cool America. What do you find cool about America?

To be honest, it’s hard to think of anything cool about America right now. It’s an incredibly difficult and scary moment (series of moments) for the country. I would be remiss if I were to answer this question without acknowledging that.

But I guess what I can say is that America is home to so, so many people I love—people whose creativity, generosity, intelligence and willingness to envision and fight for a better future are daily inspirations to me. So, America is maybe not so cool right now, but my friends are very, very cool.

And finally tell us what’s cool about you?

The coolest thing about me is that I’ve managed to trick some very cool people (see above) into being my friend.